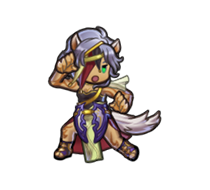 The mysterious desert kingdom of Hatari lies in eastern Tellius, and many regard it as a land of mirages beyond the Desert of Death. But Hatari is very much real, and today I’ll be introducing you to its queen, Nailah! 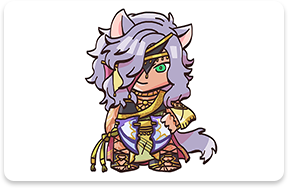 In addition to being Hatari’s monarch, Nailah is also the kingdom’s mightiest warrior. When she transforms into her wolf form, she’s unstoppable! She’s also the possessor of an evil eye that has the power to turn its victims to stone. 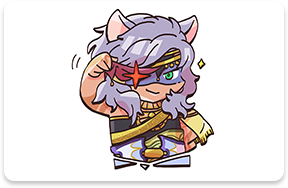 This does make Nailah sound rather scary, especially the whole thing about having an evil eye, but she’s not coldhearted. Take her relationship with her husband, Rafiel, for example—she saved his life after he collapsed during a journey to his destroyed homeland. 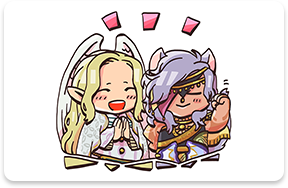 Nailah is many things: a stern, uncompromising queen, a fearless warrior, a devoted partner… And someone I can look up to! 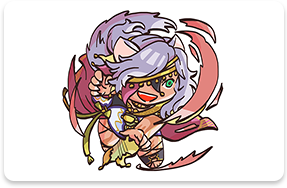