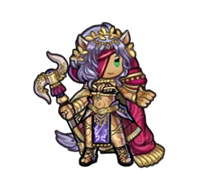 Nailah is the queen of Hatari, a nation of Tellius that lies beyond the desert. It looks like she’s dressed up in a spectacular outfit for the martial arts festival she’s organizing! 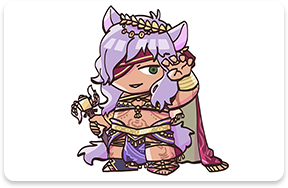 I have to say, that outfit really complements her lithe, powerful physique. The gold accenting and that bright red cape give it a truly vibrant look too! 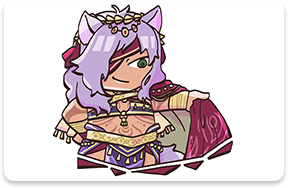 By the way, the staff she’s carrying is an example of traditional Hatari craftsmanship, featuring some gorgeous goldwork paired with an aggressive-looking set of horns! 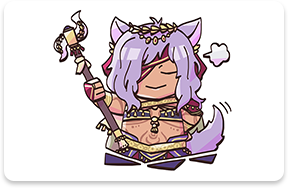 Nailah is a laguz, and despite the fractious history between the people of Tellius, she’s friendly toward the beorc as well—the only thing she’s looking for at this festival is strength. I wonder if she’ll find a worthy champion… 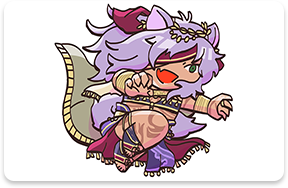 A member of the Dawn Brigade with silver hair and mysterious powers. Nailah provided Micaiah and her group with aid.