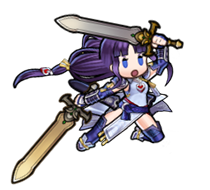 The stories of the creation of Tellius say that the world was once drowned by a flood. Only the continent of Tellius survived, and during the age of legends that followed, there was a heroic swordswoman: Altina! 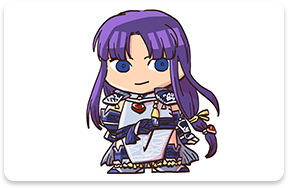 The world of Tellius was created by Ashunera, the Goddess of Dawn. She desperately tried to stop a conflict that had engulfed her creation, only for her powers to overwhelm her and bring about a great flood. At the end of the calamity, Ashunera split into two entities: Ashera, the Goddess of Order, and Yune, the Goddess of Chaos. 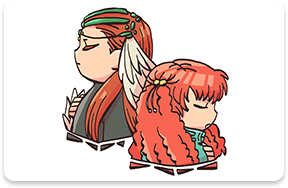 Ashera and Yune were locked into battle against each other, but Ashera recruited some powerful allies. The swordswoman Altina, the leader of the dragon tribe, Dheginsea, and the the laguz warrior Soan, took Ashera’s side, and together they defeated Yune! 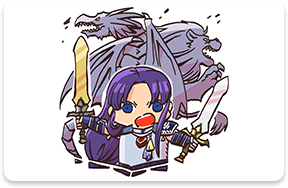 After the battle, Altina founded the kingdom of Begnion. Many years have passed since then, but her bloodline and her ambition have endured, culminating in her descendants today: Sanaki and Micaiah! 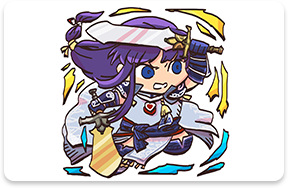 An aspect of Ashunera, the Goddess of Dawn. She is the half of Ashunera that represents order. Altina and her allies make a vow to her that there will be peace in Tellius for a thousand years.

A being that is half of the goddess Ashunera. The goddess of chaos, who is said to have thrown the world into disorder long ago. Though she opposed Ashera and was subsequently defeated by Altina and her allies, Yune’s life was saved and her soul sealed within a medallion.