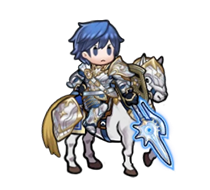 Hm… Something seems different. Did Chrom change his hair? Oh, he’s wearing a new outfit—the regal armor of the exalt of Ylisse! 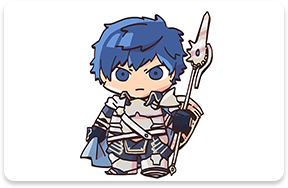 Chrom leads the Shepherds, a volunteer militia that serves the Halidom of Ylisse, which keeps only a small army due to its peaceful disposition. Though he was Ylisse’s prince, Chrom fought at the Shepherds’ vanguard. 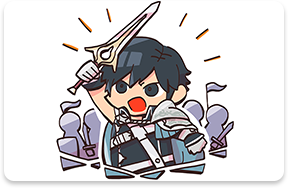 Chrom’s life took an unexpected turn with the loss of his elder sister, Emmeryn. He succeeded her as the new exalt, and made her wishes for peace his own! 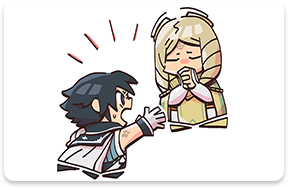 That said…it seems he finds his new responsibilities a little stifling at times. Well, he’s welcome to come visit Askr whenever he needs a breath of fresh air! 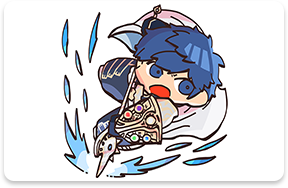 Kind and loving Exalt who rules over the Halidom of Ylisse. She is the sister of Chrom and Lissa.