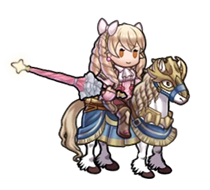 Maribelle’s a member of the Shepherds, the militia led by Chrom to protect Ylisse, and she’s also a member of one of Ylisse’s foremost noble houses. She works tirelessly for peace and equality in the Halidom! 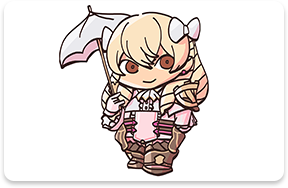 While she might seem haughty and prideful, that’s just how she shows her conviction about doing the right thing. She’s even willing to put herself in harm’s way—I heard that she was taken hostage when she tried to parley with Plegia’s army! 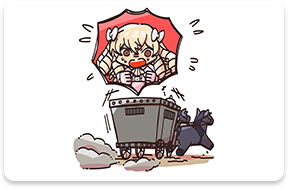 She’s also great friends with Lissa. They often have tea together, and on the battlefield, they’ve got each other’s backs. 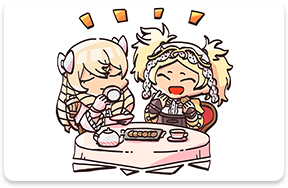 Maribelle aims to become a magistrate to create a world where everyone can live in peace without disparity. Do your best to make that ideal a reality in Askr, Maribelle! 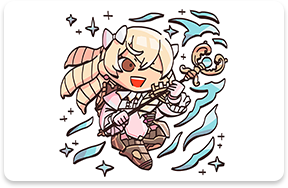 A prince of Ylisse and descendant of the Hero-King. Leads the Shepherds. Maribelle sees him as a truly noble figure.

Princess of Ylisse’s royal house and Chrom’s younger sister. Determined to prove herself. She and Maribelle are inseparable friends.