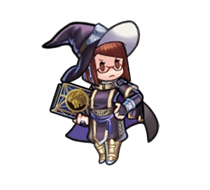 You might have recognized this Hero as soon as you saw her pointy hat—that’s right, it’s Miriel! She’s a mage who is a member of the Shepherds, the group led by Chrom. 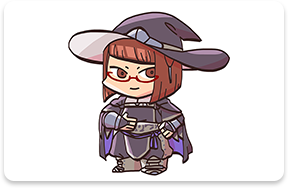 It may be obvious from her appearance that she’s sophisticated and put together, but she’s also highly meticulous and abhors slovenly behavior. I hear she’s particularly concerned about the management of the Shepherds’ inventory! 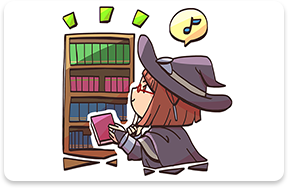 Knowing her, I wouldn’t be surprised if her goal was to solve all the mysteries of the world. That said, she gets so wrapped up in her own thoughts that sometimes she doesn’t even notice her surroundings! 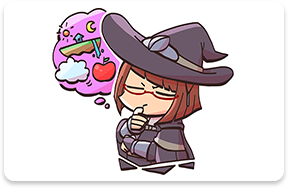 Miriel has supported the Shepherds in all kinds of ways, and no one’s going to lose, or heaven forbid, misplace, any items on her watch. I just hope that she remembers to look out for herself when she gets her thinking cap on! 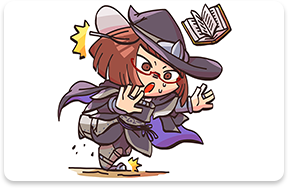 A prince of Ylisse and descendant of the Hero-King. Leads the Shepherds. He teams up with Miriel on his way to defeat the Risen who have appeared in Ylisse.

A skilled swordsman of Regna Ferox who is oddly skittish around women. He saved Miriel from an untimely demise after she nearly fell off a cliff while reading.