Basilio is the West-Khan of Regna Ferox, a nation with a powerful military. Though his flippant personality often makes the first impression, he’s an accomplished warrior who was forged in the fires of battle! 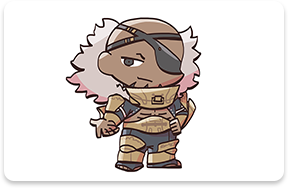 Ferox is an unusual nation ruled by two khans who reside in castles in the east and west of the land. The East-Khan, by the way, is a woman by the name of Flavia. 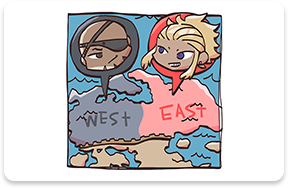 Basilio was once a pirate, but his prowess as a warrior enabled him to defeat the previous khan and claim his title. That’s one way to climb the ranks! 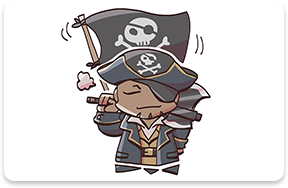 The culture of Ferox prizes martial skill, and sure enough, Basilio has a great respect for strong Heroes. I expect that’ll make him a big fan of the Order of Heroes, then! 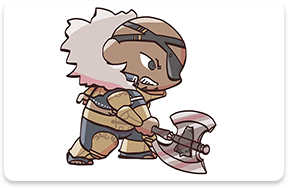 A prince of Ylisse and descendant of the Hero-King. Leads the Shepherds. He develops a friendship with Basilio through the war with Plegia.

East-Khan of Regna Ferox, a country led by its preference for battle over politics. Boldly faces even the most perilous situations without fear. Basilio’s rival.