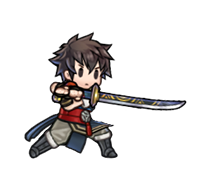 Lon’qu is a swordsman from Regna Ferox. He fights alongside Chrom and the Shepherds, having joined them when Ferox allied with Ylisse! 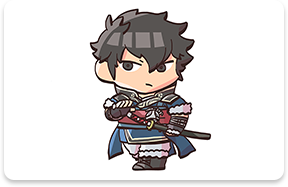 Regna Ferox is a land of warriors, and Lon’qu is one of its greatest swordsmen. In fact, the West-Khan, Basilio, is said to be considering making Lon’qu his successor in recognition of his strength! 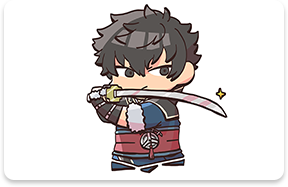 Lon’qu isn’t exactly the chatty type, but when it comes to women, he clams up completely. Actually, it’s more of a phobia, and just being near a woman can cause him to seize up with panic! 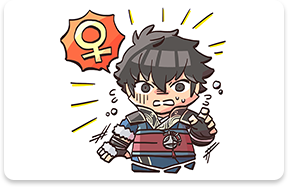 I’m sure there’s a reason behind his phobia, but I hope that one day he’ll find someone who can help him overcome his fear! 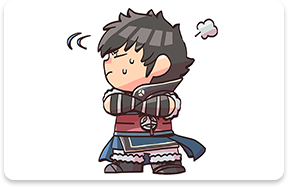 A mysterious swordsman who hides his face behind a mask. Calls himself Marth. He defeated Lon’qu to become Basilio’s champion in the Feroxi tournament.

The West-Khan of Regna Ferox. A bold, hearty man who is known for his irreverent words and behavior. The East-Khan, Flavia, is both his friend and his rival.