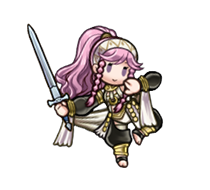 Olivia is a dancer who belongs to a traveling theater troupe. She helped out Chrom and friends after a difficult battle by preparing some carriages to take them to safety. After that, she joined up with the Ylissean army. 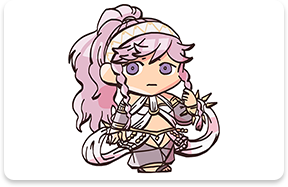 Olivia has an incredible gift for dancing. People say that she has the power to invigorate anyone who watches her dance! 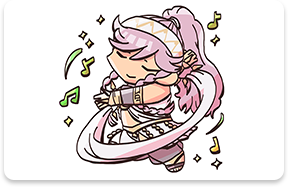 Despite performing in front of crowds, Olivia is extraordinarily shy when she’s not performing. That’s not to say that she isn’t brave, though! She’ll do her best to help people, no matter how mortally embarrassed she feels. 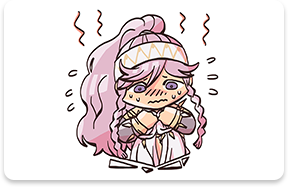 I hear that she’s also been saving up, bit by bit, so that she can have a theater of her own one day. I’m sure it’ll be a wonderful place filled with delighted crowds! 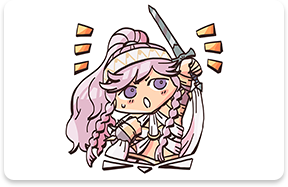 Kind and loving Exalt who rules over the Halidom of Ylisse. She is the sister of Chrom and Lissa. Olivia owes her a debt of gratitude.

Olivia’s son. A friendly, skilled dancer who fancies himself a ladies’ man. However, he’s shyer than he lets on.

The West-Khan of Regna Ferox. A bold, hearty man who is known for his irreverent words and behavior. He rescues Olivia from the unwelcome advances of a rich admirer.