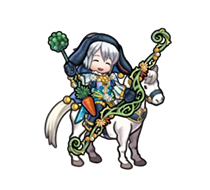 Oh my gosh, look at those big, floppy bunny ears! And who do we see beneath them? That’s right, it’s Henry! He’s a dark mage from Plegia who’s come to join the spring festival. 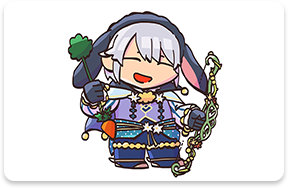 Henry’s wearing an eye-catching outfit with a close-fitting waistcoat and a tunic that has loose, oversized sleeves. He’s also wearing a light cape with fluffy pom-poms that dance in the breeze! 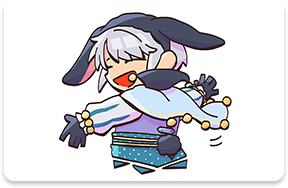 The bow he’s carrying was also specially made for the festival, with vibrant green vines that are dotted with blossoming flowers. It even comes with carrot-themed arrows! 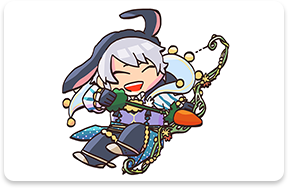 I know that Henry had a tragic childhood, and smiling is his way of hiding how he really feels. But we’ll do our best to make sure he can show us all a real smile this spring festival, I promise! 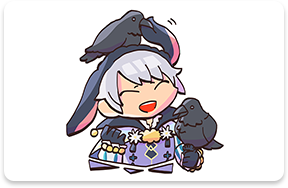 A prince of Ylisse and descendant of the Hero-King. Leads the Shepherds. Henry all but forces his way into the group.