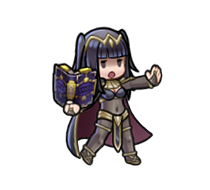 A Plegian dark mage, Tharja is descended from a long line of powerful hexers. I hear her parents had her initiated into the dark arts before she could even crawl! 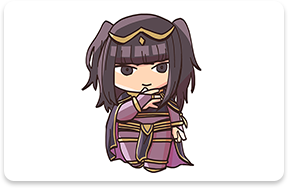 It was during the war between Plegia and Ylisse that Tharja met Chrom. Impressed by his noble spirit, she decided to leave Plegia and join the Shepherds. 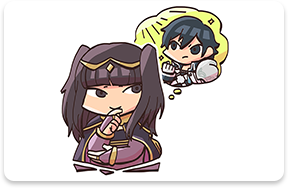 She then quickly developed an obsession with Robin, Chrom’s strategist…though her fixation wasn’t noticed straight away. The way she tried so hard to get Robin’s attention is enough to make my heart ache! 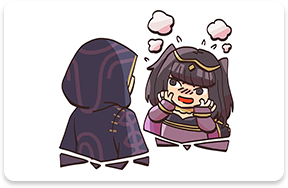 I hear mean rumors that some people are afraid of her and think she’s creepy, but I think she’s a totally normal girl, and super cute too! I hope we can be friends! 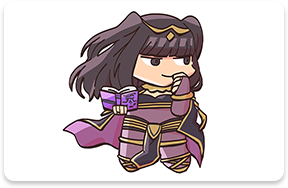 A tactician of Ylisse and Chrom’s close ally. Has lost all memory of what happened before meeting Chrom. The subject of Tharja’s affections, such as they are.

A prince of Ylisse and descendant of the Hero-King. Leads the Shepherds. He invites Tharja into the group.