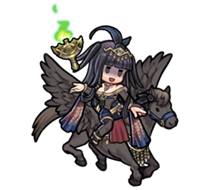 Tharja is well known as a dark mage and hex enthusiast, but she’s also a native of Plegia, which is hosting its own festival today! And so, she’s joining the festivities in an all-new outfit! 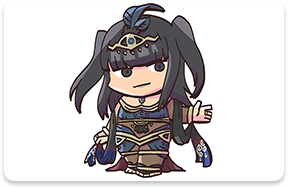 Her flowing, dark robe is a perfect match for her long, black locks and slender frame. With this outfit, she’s more bewitching than ever! 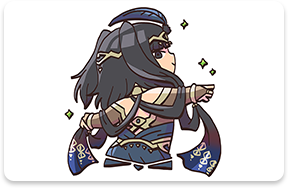 And yet, she doesn’t particularly enjoy the attention that she inevitably gets. She doesn’t strike me as being shy though, especially in regard to Robin, the object of her affection. Or is it more of an obsession? 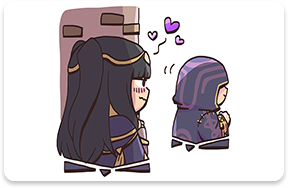 You might be surprised to hear that Tharja doesn’t have much love for her home country, but even so, she does seem rather fond of the festival. I’m just glad she’s having fun! 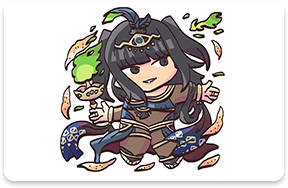 A prince of Ylisse and descendant of the Hero-King. Leads the Shepherds. He convinces Tharja to join him during a battle with the Plegian army.

A tactician of Ylisse and Chrom’s close ally. Lost memory of his life before meeting Chrom. The object of Tharja’s affections.