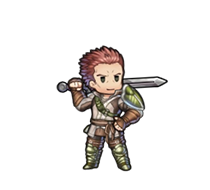 Gregor is a veteran mercenary for hire. His easygoing personality masks the fact that he’s a hardened swordsman! 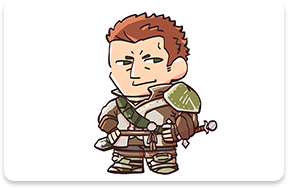 When Chrom, prince of Ylisse, was leading the Shepherds on a march, they were confronted by the sight of the manakete Nowi on the run, with Gregor chasing after her. 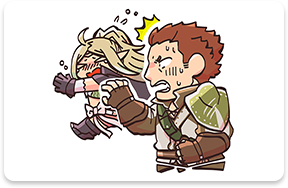 Gregor had been hired by the Grimleal, worshippers of the Fell Dragon. But apparently, he’d been planning to set her free all along, and was chasing after her to get her to safety! 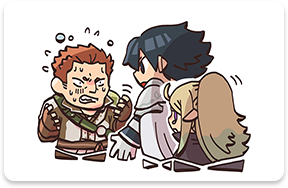 After defeating the pursuers sent by the Grimleal, Gregor entered Chrom’s employ. Of course, Nowi joined the group too, so everyone could breathe a sigh of relief! 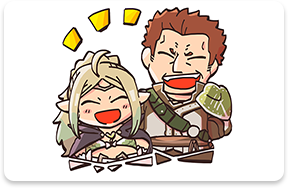 Manakete who travels with Chrom’s group. Looks young but truly is over a thousand years old. She was captured by the Grimleal but rescued by Gregor.

A prince of Ylisse and descendant of the Hero-King. Leads the Shepherds. Hires Gregor as a mercenary.