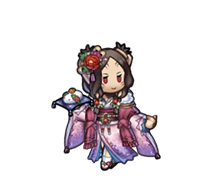 Happy New Year! We’ve got a special guest joining the celebrations this year—Panne, a taguel, who can transform into a rabbit! 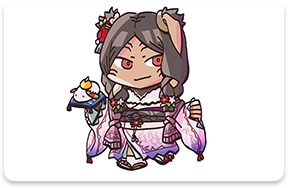 For this New Year appearance, she’s wearing a long-sleeved kimono in tasteful shades of purple, matched with a peony hair piece to highlight her natural charms! 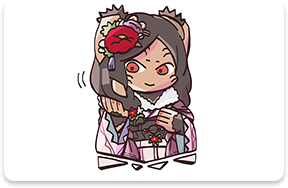 She’s also carrying something for the season: a cute little snowrabbit she made herself! According to Panne, she made it to look just like her son, Yarne! 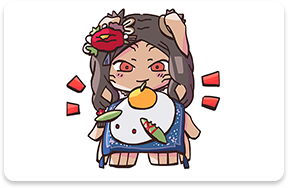 I hear Panne’s been looking forward to trying out our New Year dishes… I wonder if it’s all the carrots we used? Well, Panne, we’ve got plenty of food for everyone, so don’t be shy! 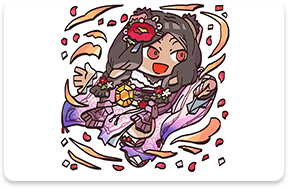 The prince of the Halidom of Ylisse and a descendant of the Hero-King. Long ago, the first exalt of Ylisse came to the aid of the taguels’ ancestors.

Panne’s son. The last of the taguel. Continually terrified that his death will mark the end of his race.