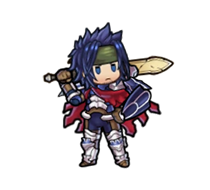 Here’s Priam, a hero who lives for the thrill of battle! He’s a mighty swordsman who travels the world in search of worthy opponents to challenge. 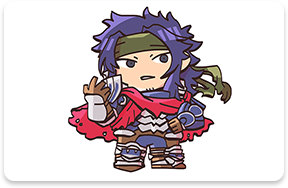 In Ylisse, there are legends of a Radiant Hero who brought together warring races and challenged a god, and Priam claims to be his descendant! 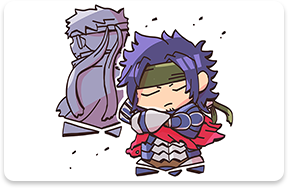 Chrom heard rumors about Priam and invited him to join his army. Of course, Priam responded by challenging him to combat, agreeing only to join if Chrom could defeat him! 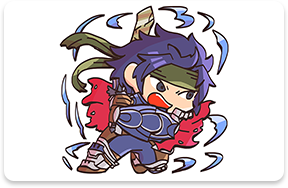 Priam is just like his legendary ancestor, right down to his voracious appetite for meat. And now, with the ancient Ragnell in hand, he’s sure to make a big impact on Askr too! 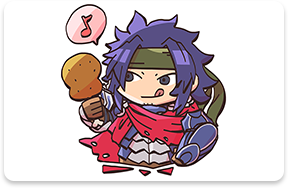 A kindhearted but stoic young man who has taken command of his father’s mercenary band. As the Radiant Hero, he wielded Ragnell to save Tellius from calamity.

A prince of Ylisse and descendant of the Hero-King. Leads the Shepherds. After hearing rumors about Priam, he travels to the continent of Valm to recruit him.