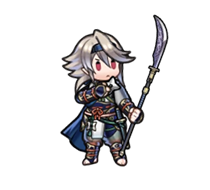 Corrin was born in Hoshido, but raised in Nohr. And now, thanks to the ninja festival we’re holding here in Askr, he’s getting the opportunity to dress up in the garb of the ninja from his birthplace! 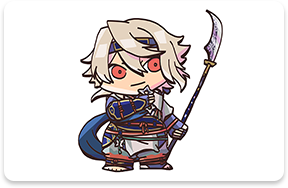 Corrin’s new outfit has a different feel than his typical armor, with a big focus on ease of movement. There’s one thing that hasn’t changed, though: just like always, he’s still walking around barefoot! 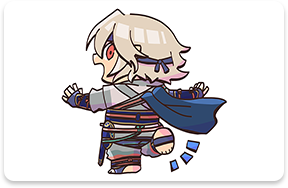 He’s got a new weapon too—a traditional Hoshidan naginata! He’s also wearing a ninja sword on his waist, so I’m sure he’s ready for whatever comes on any mission. 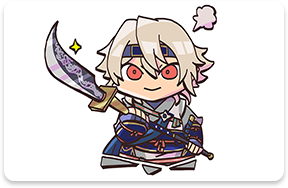 In his new role as a ninja, Corrin whooshes through the battlefield like a gust of wind. With the traditions of his birthplace supporting him, I’m sure his mission at the ninja festival will be a big success! 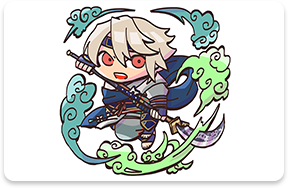 Hoshidan princess who prefers battles over court life. Excels at watching over others. Corrin’s older sister.

Princess of Hoshido who is a gentle healer. Struggles with her shyness. Corrin’s younger sister.