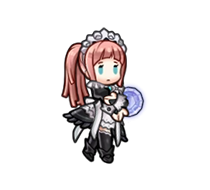 Here’s Felicia, a maid who serves Corrin back in Nohr! Or, at least, attempts to serve Corrin. 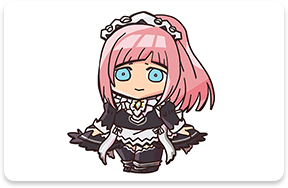 She’s originally a member of the Ice Tribe, a group named for their ability to control the cold at their will. Her twin sister, Flora, and Nohr’s finest butler, Jakob, also serve Corrin. 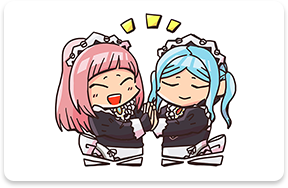 In her work as a maid, Felicia is dedicated and always ready to try her best, no matter how disastrous her attempts may be. Actually, I hear she’s a lot more comfortable with weapons than she is with teacups and saucers! 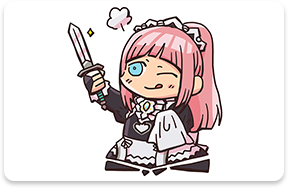 Felicia might not be very worldly, but she’s energetic and kind to others. No matter how many times she mixes up salt and sugar, no matter how many plates she breaks, she’s still the strongest maid around, and you can’t help but love her for her charming clumsiness! 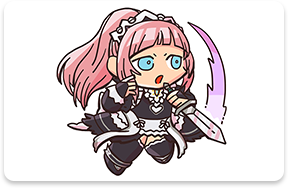 A young royal who was born in Hoshido and raised in Nohr, but was later forced to choose sides. Wields the divine blade Yato. Felicia’s master.

A Nohrian maid who serves Corrin. Tends to be serious. Has a twin sister, Felicia.

A butler of Nohr who’s superb at his work yet dislikes serving anyone but his liege, Corrin. Felicia’s colleague.