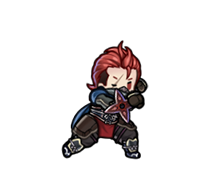 Here’s Saizo, a master ninja from Hoshido who’s known for his fiery technique! He’s a loyal retainer to Ryoma who supports his master from the shadows. 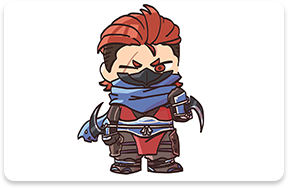 Saizo belongs to a bloodline of elite ninja. In fact, he’s the fifth to bear the family name. 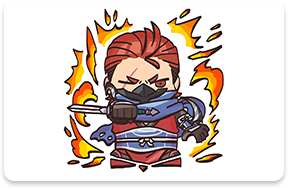 Saizo also has a twin brother, Kaze. The two are rather different from each other, though. Saizo is hot-tempered and can be rather severe, while Kaze keeps a cool head. 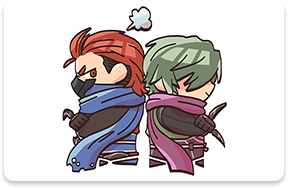 Working alongside his fellow ninja Kagero, Saizo serves at Ryoma’s beck and call. I’m sure he’ll be a great aid to us in Askr too—he seems like the type who might deal with threats to the kingdom before we even know about them! 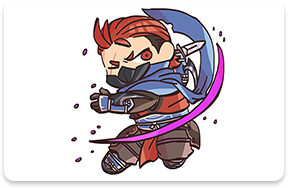 A ninja of Hoshido who is ready to lay down her life for her liege. One of Ryoma’s retainers. She was once in love with Saizo.

A serious and disciplined ninja from Hoshido. Has a twin brother, Saizo. Popular with women.