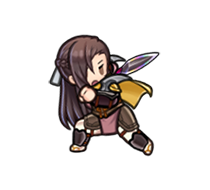 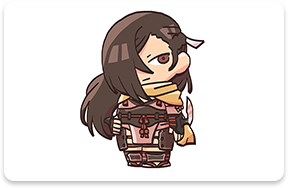 Kagero belongs to a family of ninja who have served the Hoshidan royal family for generations. She entered Ryoma’s service after being ordered to do so by his mother, Queen Mikoto. 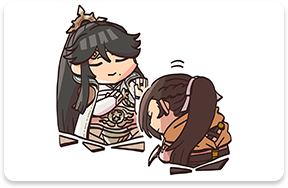 Kagero works alongside her fellow ninja Saizo, and the two are steadfastly devoted to their master. Incidentally, I hear that the two were devoted to each other in the past… 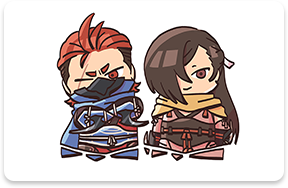 Kagero always keeps her emotions in check and carries out her missions with single-minded dedication. She pretty much exemplifies everything a ninja should be. I wonder if she can teach me a few things about keeping cool under pressure… 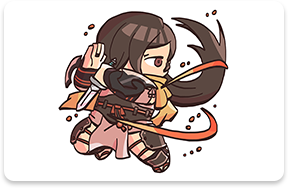 A severe ninja of Hoshido. Has a twin brother named Kaze. He and Kagero serve as Ryoma’s retainers.

The extremely affectionate queen of Hoshido. Kagero served her before becoming Ryoma’s retainer.