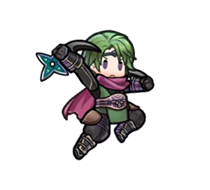 Today, I’ll be talking about Kaze! He’s a calm and collected ninja who serves Corrin from the shadows! 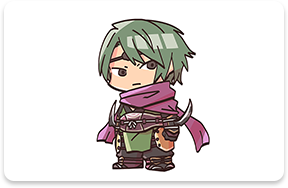 When Kaze was just a child, he happened to spot the Nohrian army just before Corrin was kidnapped. From that day on, he regretted not reporting what he saw or doing anything to stop them… 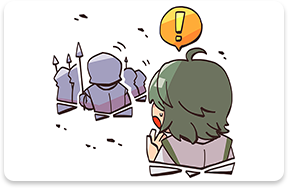 Later, Kaze would have a fateful reunion with his missing liege, encountering Corrin among the enemy ranks during the war between Hoshido and Nohr. That was when he swore he would finally be Corrin’s protector. 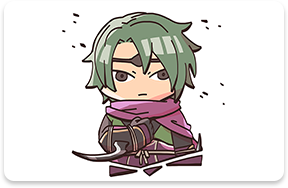 Dedicated to his duty, Kaze would give even his life to keep Corrin safe. And so, he keeps fighting to support his young charge—through whatever strange twists of fate they face together. 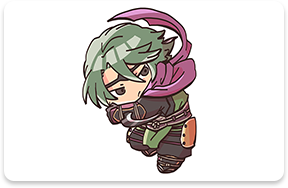 A young royal who was born in Hoshido and raised in Nohr, but was later forced to choose sides. Wields the divine blade Yato. Kaze’s liege.

A severe ninja of Hoshido. Has a twin brother named Kaze. One of Ryoma’s retainers.

Daughter of the stalwart Hoshidan ninja Kaze. An expert when it comes to crafting balms and poultices from medicinal herbs.