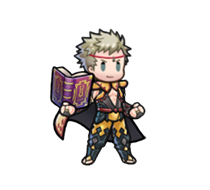 Behold! The veil is drawn, and the forbidden doors of destiny have been thrown open! The air crackles with arcane energies, steeped in the whispers of the abyss, and out steps Odin Dark…one of Prince Leo of Nohr’s retainers! 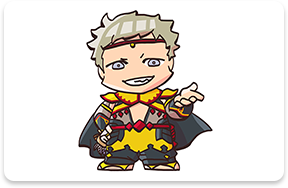 Sorry about that. I think I must be hanging around Odin a little too much, because I’m starting to sound like him! Well, as you’ve noticed, the first things that people pick up about Odin are his eccentric behavior and his even more eccentric way of speaking, but his magic abilities mostly live up to the hype! 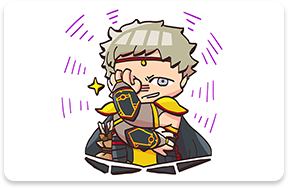 Here’s an interesting fact about Odin: he actually arrived in Nohr from another world! That’s right, he’s none other than Owain, Lissa’s son! Not too surprising from someone so…unique! 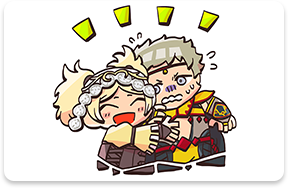 In the rare moments when he comes back down to earth, you can sometimes catch a glimpse of a far more genteel upbringing than his theatrics might suggest. And now, with the secrets of his identity revealed, I, Sharena of Askr, shall put this star-crossed spellcaster’s command of the dark arts to the test! 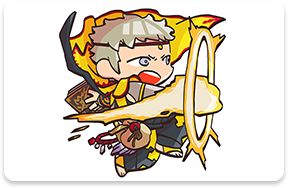 Nohrian scoundrel who wags his saucy tongue at everyone. Like Odin, he is one of Leo’s retainers.

Odin’s daughter. A daydreamer who applies a flair for the dramatic to her magic.