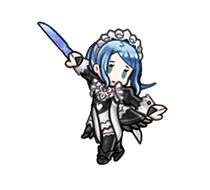 Flora is a maid who works in Nohr, but she’s not just any house servant! She’s one of the most accomplished maids to have ever served Nohr’s royal family—and, working alongside her twin sister, Felicia, she serves none other than Corrin! 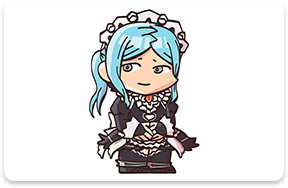 Flora’s origins lie with the Ice Tribe, who have power over cold and frost. When her emotions get the better of her, she can summon raging blizzards, and I hear that she even froze a sea solid during her battles in another world. 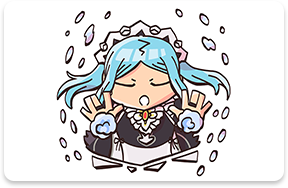 Despite her abilities, however, Flora isn’t very confident about her fighting skills, and she’s envious of the strength of her sister…who has a tendency to leave a trail of mayhem in her wake. 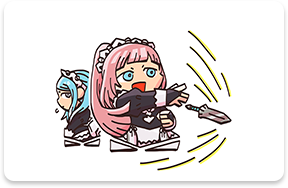 Still, whether on the battlefield or in more peaceful surroundings, Flora gives her all to serve Corrin. Ah, imagine having a consummate maid like her at your beck and call! 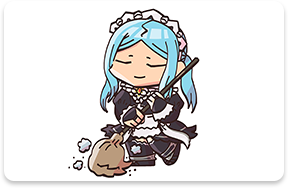 A young royal who was born in Hoshido and raised in Nohr, but was later forced to choose sides. Wields the divine blade Yato. Flora’s master.

A maid of Nohr who’s eager to do good work yet often bungles. One of Corrin’s retainers. Flora’s twin sister.

A butler of Nohr who’s superb at his work yet dislikes serving anyone but his liege, Corrin. Works alongside Flora.