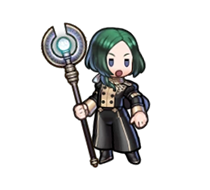 Here’s Linhardt, the eldest son and heir to House Hevring, a noble family of the Adrestian Empire that traditionally takes charge of the Ministry of the Interior! 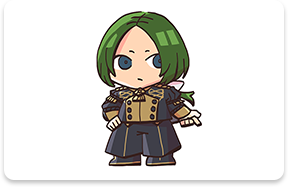 Sounds fancy, right? And yet, obligations and responsibility are the last things Linhardt has time for. He prefers to spend his time napping, reading, or even going fishing, so I suppose you could say he takes things at his own pace. 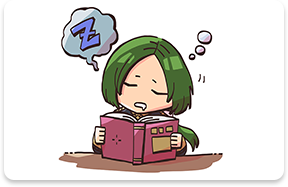 The thing that captures his interest the most is the study of Crests. In fact, his knowledge and understanding of the subject is such that his classmates and even some of his professors could learn a lot from him. 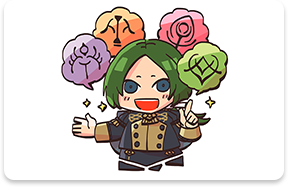 Linhardt might seem like he just wants to laze around, but that’s only because you can’t see how hard his brain is working. Hopefully he’ll be able to find some time in his busy schedule to help the Order of Heroes! 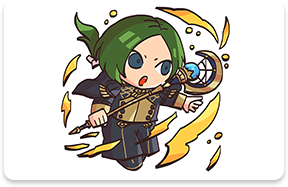 Princess and heir apparent of the Adrestian Empire. Her steadfast ambition is veiled by her elegant, self-confident demeanor. She is the leader of the Black Eagles, the house to which Linhardt belongs.

Younger sister of Seteth, who dotes on her constantly. Having lived a sheltered life, she sometimes appears to lack common sense. Like Linhardt, she bears a Crest of Cethleann.

Child of the former captain of the Knights of Seiros, Jeralt. A stoic, capable professor at the Officers Academy. Linhardt’s professor.