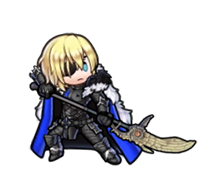 Dimitri is the leader of the Holy Kingdom of Faerghus. You might be misled by his seemingly slender frame, but he’s seriously strong! 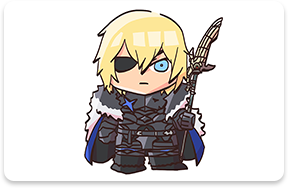 When he was a young child, Dimitri lost both of his parents. This incident left a terrible scar on his heart, and even when later he entered the Officers Academy at Garreg Mach Monastery, the wound still showed no sign of healing. 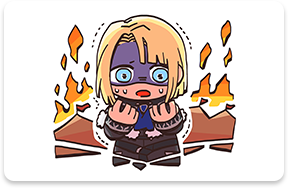 Sadly, a number of other tragedies would follow. For a while, Dimitri was lost to utter despair, but with the support of his professor from the academy and his fellow classmates, he regained the emotional fortitude his kingdom needed. 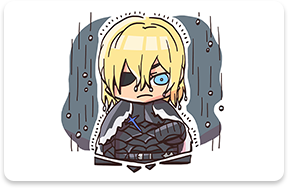 Having gotten back on his feet, Dimitri joined the war against the Adrestian Empire to put a stop to the strife that had befallen Fódlan—with the professor he so respected and the classmates he relied on right by his side! 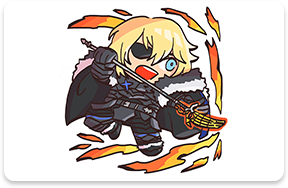 Child of the former captain of the Knights of Seiros, Jeralt. A stoic, capable professor at the Officers Academy. Serving the role of Dimitri’s teacher, Byleth sets him on the right path.

After ascending as Adrestian Emperor, she defeated the Church of Seiros, solidifying her reign over all of Fódlan. She and Dimitri knew each other as children.