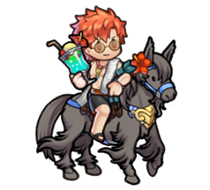 Sylvain, consummate ladies’ man of the Blue Lion House, is making a splash in his swimsuit outfit! True to form, he’s gone for a wild, mischievous style. 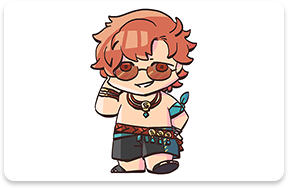 But even when he’s in his beachwear, his rakish sense of style still comes through loud and clear. Check out the fashionable sunglasses and necklace he’s wearing! 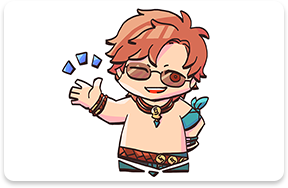 Sylvain’s not used to such hot weather, so he’s brought a cold drink along with him. I’m glad to see he’s staying hydrated…he could use some cooling down. 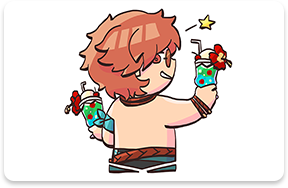 In typical Sylvain fashion, he’s been doing the rounds on the beach, chatting to every pretty young lady he sees. He’d better not get too carried away though, or else he’ll have to answer to Ingrid and the professors! 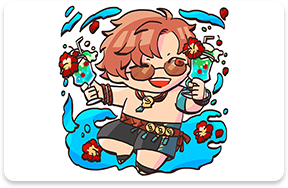 Crown prince of the Holy Kingdom of Faerghus. Known for his chivalry, it seems a darkness may lurk beneath the surface. Leader of the Blue Lions, the house to which Sylvain belongs.

Daughter of House Galatea of the Holy Kingdom of Faerghus. Sylvain’s long-suffering friend who is often infuriated by his antics.