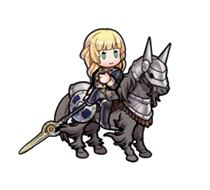 Ingrid is the heir of House Galatea. She’s a proud, dignified Hero—a knight in shining armor, you could say! In fact, some say she might even be more knightly than most knights… 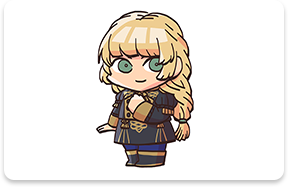 Talented and dedicated, Ingrid is the star student of the Blue Lion House. Apparently, she and Sylvain knew each other when they were children, but their personalities are so different that their relationship mostly involves her scolding Sylvain. For good reason. 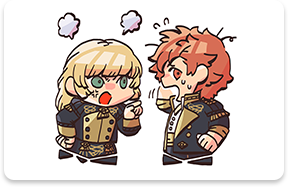 Ingrid isn’t without her weaknesses, though. She gets pretty awkward when it comes to regular life away from knighthood, particularly when she has to dress up. She’d much rather tend to the horses than put on makeup. She’s also known to lose her composure when there’s delicious food around! 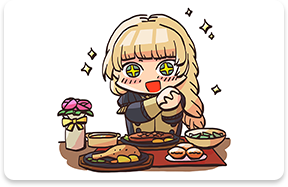 Well, it just so happens that I’ve always got time to share a meal with a new friend! Just you wait, Ingrid. I’ll show you all the wonders that Askr has to offer! 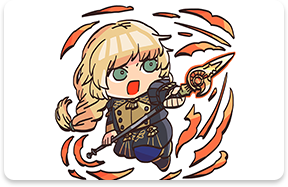 Heir to the title of Margrave Gautier. He and Ingrid knew each other as children.

Crown prince of the Holy Kingdom of Faerghus. Known for his chivalry, it seems a darkness may lurk beneath the surface. Also a childhood friend of Ingrid’s.

Heir to the Dukedom of Fraldarius, a leading house within the Holy Kingdom of Faerghus. Another of Ingrid’s childhood friends.