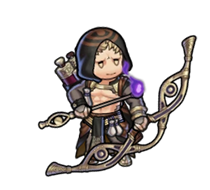 Raphael, the powerhouse of the Golden Deer, is making a special appearance for the festival, dressed as a Plegian merchant! And…oh no! It looks like his rippling muscles are a little too rippling, and his shirt can’t contain their power! 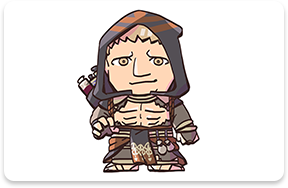 Those must be carpets he’s carrying on his back. I can’t imagine how heavy they are, but to Raphael, it’s probably like carrying a sack of feathers! 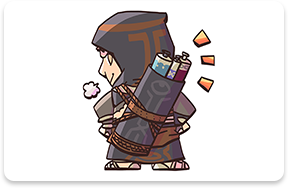 For this outing, Raphael is equipped with a bow featuring a rather mysterious design. I’m told that this weapon is for keeping aspiring carpet thieves at bay! 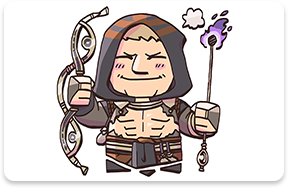 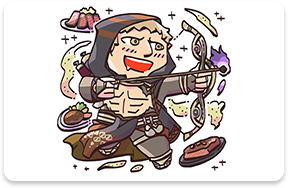 Child of the former captain of the Knights of Seiros, Jeralt. A stoic, capable professor at the Officers Academy. Raphael’s professor.

Heir to House Riegan, the leading house of the Leicester Alliance. Employs both an easygoing attitude and an effortless skill for scheming. He is the leader of the Golden Deer, the house to which Raphael belongs.