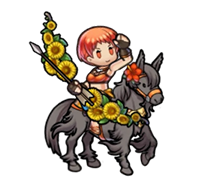 Leonie’s a competitive, outgoing Hero who’s working hard to become a mercenary. For this outing, she’s full of energy for a trip to the beach! 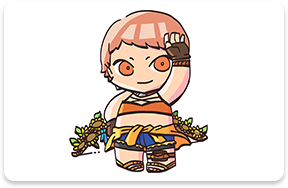 That sporty swimsuit looks great on her! And I see that she’s still wearing the special charm her mentor gave her. She never lets it out of her sight! 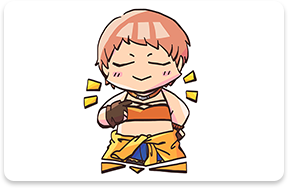 Leonie is a talented archer, and she’s brought a special bow that’s decorated with sunflowers along with her. I hear that Hilda put in the effort to make it for her! Isn’t it adorable? 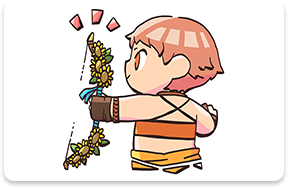 I’d say Leonie’s a lot like a sunflower herself, soaking up the sun and filling up on positive summer energy! Even I’m getting hyped up just watching her from the sidelines! 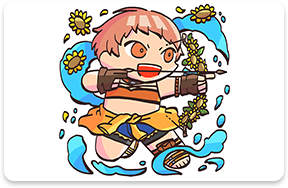 Heir to House Riegan, the leading house of the Leicester Alliance. Employs both an easygoing attitude and an effortless skill for scheming. He’s the leader of the Golden Deer, the house to which Leonie belongs.

Child of the former captain of the Knights of Seiros, Jeralt. A stoic, capable professor at the Officers Academy. Leonie’s professor.