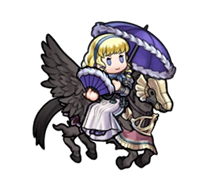 Constance is a member of the Ashen Wolves, an unofficial house of the Officers Academy that inhabits Abyss, an underground society below Garreg Mach Monastery. She’s the last surviving member of a noble house that collapsed under tragic circumstances. 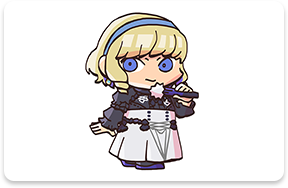 It was these tragic circumstances that led to Constance moving to Abyss, in fact. But rather than wallowing in defeat, she’s been waiting for her chance to restore her house and secure her rightful place in the nobility of the Adrestian Empire through deeds and action. 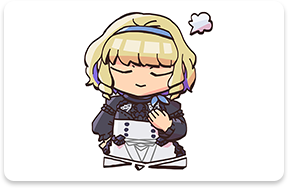 Although…for some strange reason, whenever she emerges into the sunlight, her positive attitude seems to completely collapse, and she suddenly becomes gloomy and lethargic… 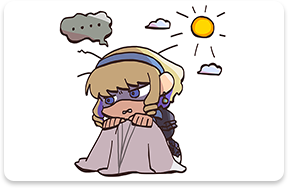 Well, while her personality might be a bit unusual, it does nothing to take away from her outstanding skills in battle! I hope she’ll be willing to lend a hand to the Order of Heroes while she works to bring her house back to its former glory. 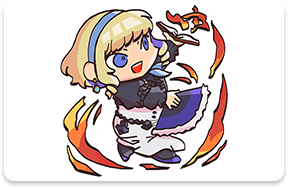 Leader of the Ashen Wolf House. Behind the tough talk lies a valiant defender of the weak. One of Constance’s fellow students.

Former noble who ran away to Abyss due to money problems. Revels in competition as Leicester’s King of Grappling. One of Constance’s fellow students.

An apathetic young woman whose sighs have the unique ability to draw monsters to her. One of Constance’s fellow students.