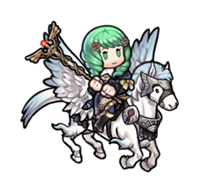 Here’s Flayn! She’s the younger sister of Seteth, chief aide to the Archbishop of the Church of Seiros, and she’s got a loveably old-fashioned, sophisticated charm about her. 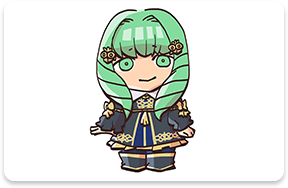 Speaking of Seteth, he really dotes on Flayn and gets very severe toward anyone who gets close to her. More severe than usual, I mean! 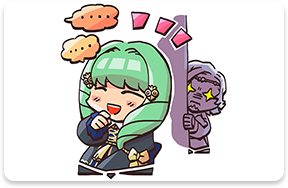 According to him, Flayn is being targeted by those with evil intentions for her rare blood. I suppose only Seteth and Archbishop Rhea know the full story there, but it does seem like they’ve got a lot to worry about… 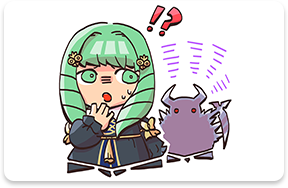 Flayn too, of course, but despite the weight on her shoulders, she’s still a tender, cheerful person. I hope she’ll be able to live in peace some day soon! 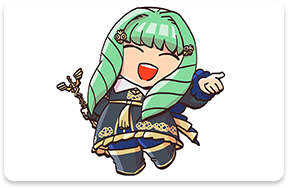 Child of the former captain of the Knights of Seiros, Jeralt. A stoic, capable professor at the Officers Academy. Flayn’s teacher.

The Archbishop of the Church of Seiros, to which Flayn belongs. A dignified, gentle woman.