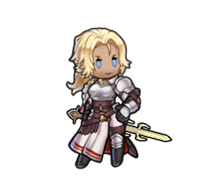 Catherine is a valiant knight of the Church of Seiros. She’s an outstanding swordswoman who is also known by the name Thunder Catherine! 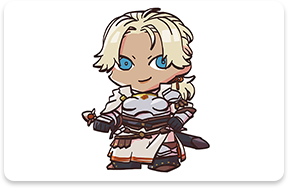 That fancy nickname comes from the legendary relic she wields, Thunderbrand. Catherine bears the Major Crest of Charon, which makes her the weapon’s rightful inheritor. 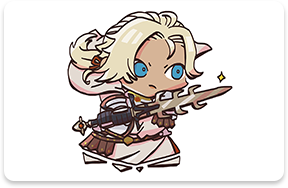 Catherine was born a member of House Charon, but she was wrongfully implicated in a certain incident and forced to flee. She ended up at Garreg Mach where she was brought under the wing of Rhea, the Archbishop of the Church of Seiros. 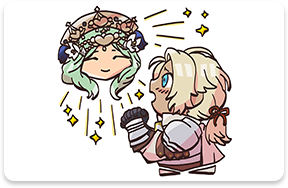 Since then, Catherine has been unfailingly loyal to Rhea—she’d do almost anything for her. And so, with the Thunderbrand in hand, Catherine proudly marches into battle! 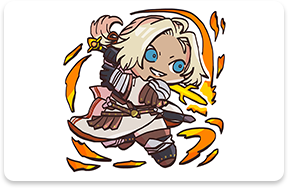 The Archbishop of the Church of Seiros. A dignified, gentle woman. Catherine admires Rhea, and has sworn loyalty to her.

Child of the former captain of the Knights of Seiros, Jeralt. A stoic, capable professor at the Officers Academy. Byleth accompanies Catherine on a number of missions.

A member of the Knights of Seiros and a sniper. Unusual among her peers in that she does not believe in the Church of Seiros’s teachings. She works as Catherine’s partner.