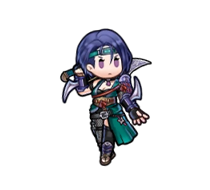 Shamir’s an elite agent of the Church of Seiros who gathers information from every corner of Fódlan on their behalf. Who could be a better choice to make an appearance at the ninja festival in authentic ninja garb? 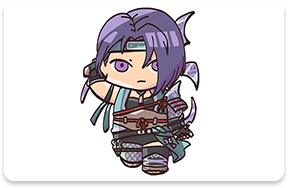 While Shamir usually wears light armor, this new outfit takes things a step further to really focus on flexibility and freedom of movement—all the better for sneaking around in the shadows! 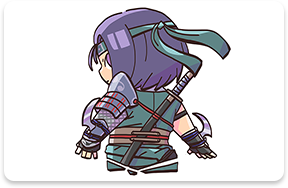 Continuing on with the theme, Shamir’s weapon is an axe that’s been designed to resemble a shuriken. She’s also equipped with a number of classic ninja weapons, such as kunai, a ninja sword, and bladed bracers! 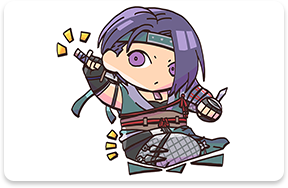 Shamir’s a tough fighter with cat-like reflexes and agility, making her a perfect fit for the festival! I can’t wait to see how she’ll dazzle us with her ninja moves! 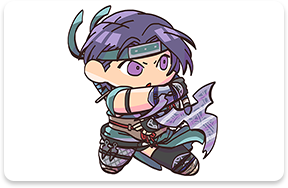 Child of Jeralt, the former captain of the Knights of Seiros. A stoic, capable professor at the Officers Academy. Went on a number of missions with Shamir.