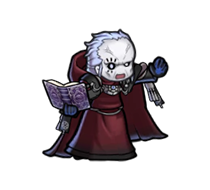 Today, I’ll be introducing you to Solon, the mysterious mage. Well, I’ll do my best to, anyway. To be honest, I’m a little short on details, but I can tell you that he’s from some dark corner of Fódlan… 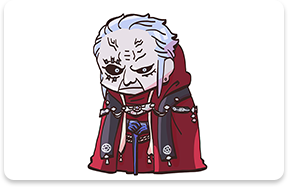 Rumor has it that Solon doesn’t work alone, and he’s actually a member of a certain organization that some refer to as those who slither in the dark. Creepy, but appropriate. Anyway, it seems they’re acting in the shadows to carry out some kind of secret mission! 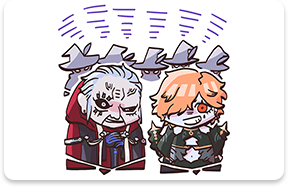 Solon is particularly well learned. In fact, he even knows spells that no other mage in Fódlan has ever heard of! 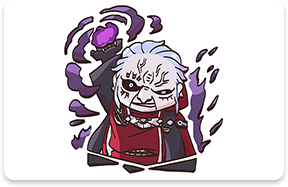 Still, I wonder what goal he’s trying to achieve? I hate to snoop, but I’ve got to learn more! 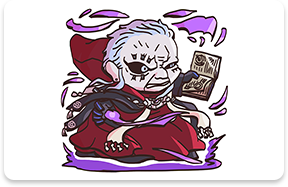 One of those who slither in the dark. Hateful, merciless, and diabolical. An ally of Solon’s.

A mysterious individual who instigates conflict, disturbing the peace in Fódlan. Willing to use any method to achieve their objectives. Fights alongside Solon.

The Flame Emperor’s subordinate, a knight who desires only to fight the strong. Given his name due to his scythe and dark steed. Fights alongside Solon.