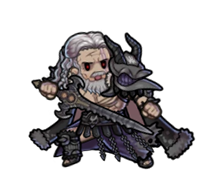 Known as the King of Liberation, Nemesis is a legendary figure of ancient Fódlan. 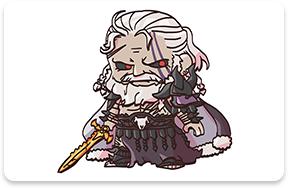 The old tales say that he was granted the Crest of Flames and the Sword of the Creator by the goddess, and together with his allies, the Ten Elites of Fódlan, he battled against wicked gods. 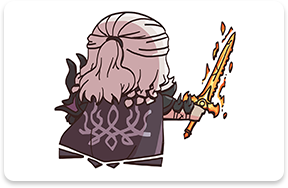 But after triumphing over the wicked gods, Nemesis succumbed to his greed, and started a war against the Church of Seiros and the Adrestian Empire—a conflict that only ended when Seiros defeated him in combat. 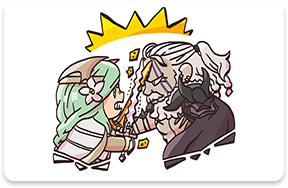 Though once hailed as the King of Liberation, Nemesis fell afoul of his ambitions and was met with a violent end. There’s no question about his strength, but I feel like he might be a difficult Hero to get along with… 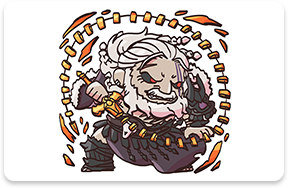 Child of the former captain of the Knights of Seiros, Jeralt. A stoic, capable professor at the Officers Academy. Wields the Sword of the Creator, the weapon once used by Nemesis.