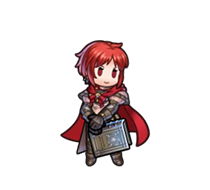 Monica is a Hero from the Adrestian Empire, one of the nations of Fódlan. From what I’ve heard, she used to be a student in the Black Eagle House at the Garreg Mach Monastery Officers Academy. 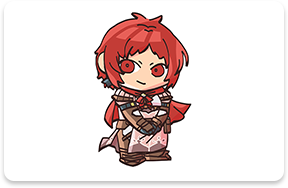 There, she lived a completely ordinary student life—until one day, she was kidnapped by a shadowy organization! They planned to send back an imposter in her place, who would cause all kinds of trouble back at the Academy. 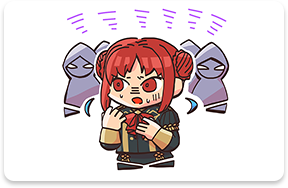 Just as her kidnappers were about to do away with her, Monica’s life was saved by Edelgard, the heir to the Adrestian Empire! 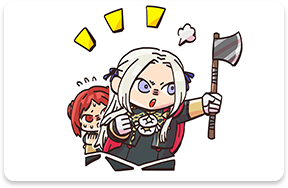 After their encounter, Monica swore absolute fealty to Edelgard, and has been fighting for her liege ever since Edelgard ascended to the throne! 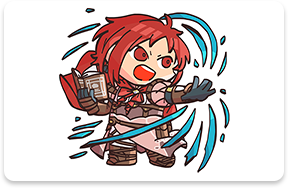 Princess and heir apparent of the Adrestian Empire. Her steadfast ambition is veiled by her elegant, self-confident demeanor. Edelgard saved Monica’s life.