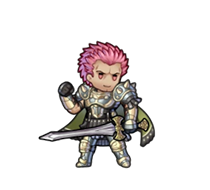 Holst is the heir to House Goneril, one of the most influential noble houses of Fódlan’s Leicester Alliance. A wise man and a skilled warrior, he is renowned as one of the Alliance’s greatest generals. 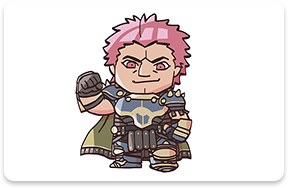 He was tasked with the protection of Fódlan’s Throat, the natural border with the neighboring nation of Almyra, where he repeatedly fended off invasions from Fódlan’s rival. 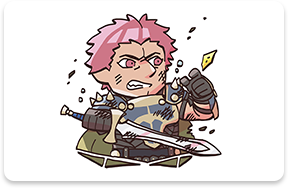 He does have one weakness, though—he has a real soft spot for his sister, Hilda, and he’ll do anything for her! Living separately, he often worried about her and sent her lots of letters. 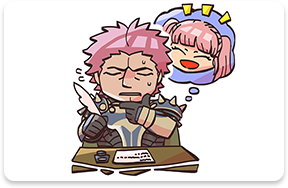 Holst is both an outstanding warrior and a caring older brother. I hope we can get him and Hilda to join the Order of Heroes and watch them flourish alongside each other! 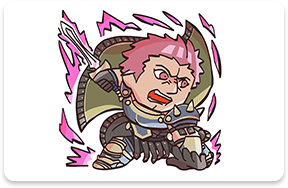 Noble of the Leicester Alliance and daughter of House Goneril. Despite lacking enthusiasm for work, she is willing to lend her aid…sometimes. Holst’s younger sister.

Former noble who ran away to Abyss due to money problems. Revels in competition as Leicester’s King of Grappling. Holst’s friend.