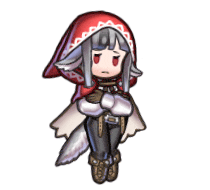 Velouria is Keaton’s daughter and another member of the Wolfskin tribe. 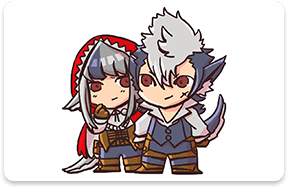 She sounds somewhat refined when she speaks, though at times she can have a bit of a sharp tongue. Don’t get me wrong, though—she’s a real sweetheart despite that! 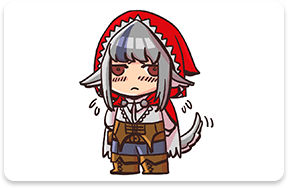 I heard she’s an avid collector of oddities, and her room is full of weird stuff. Huh. Never expected her to be a packrat. 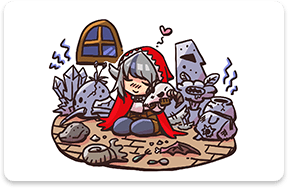 Never mind that, though—isn’t it adorable how her ears poke out of her red hood? I hope I get the chance to work alongside her sometime! 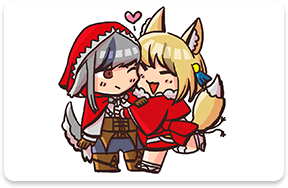 Velouria’s father, the leader of the wolfskin of Mount Garou. He spoils her rotten.

Daughter of Kaden, and a kitsune. She’s good friends with Velouria, and they spend a lot of time together.