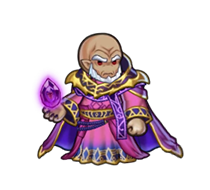 Medeus is the king of the mighty Earth Dragons. He supported the path chosen by Naga, ruler of the Divine Dragons, and chose to live among humans as a manakete. 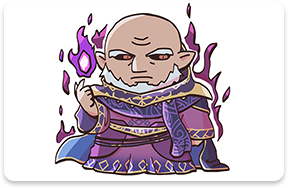 In order to protect mankind, Naga sealed away the Earth Dragons, who had been driven berserk by madness. and tasked Medeus with guarding the Dragon Altar, where they slumbered. Medeus watched over the world from atop the Dragon Altar, witnessing as the once powerless humans grew in strength and began to exact harm upon the manaketes, who wished only to live in peace. 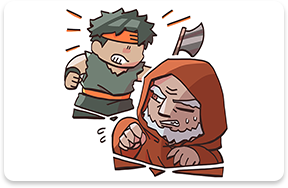 Enraged by this betrayal, Medeus established the Dolhr Empire, under which he subjugated mankind. However, the human folk resisted his oppression, and eventually he was defeated by the hero Anri. 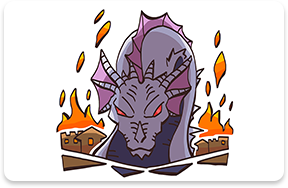 A hundred years have passed since then, and a revived Medeus is now attempting to subjugate mankind once more. What will become of his world? I’m worried about what comes next! 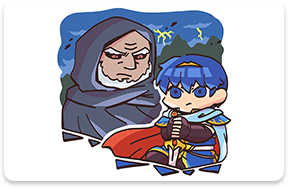 A student of Gotoh, the White Sage. Hatched a scheme to revive the Shadow Dragon, Medeus, and rule the world.

Ruler of the Divine Dragons. Takes on a variety of appearances in the presence of humans, and is said to have saved the world from despair. She seals away the corrupted Earth Dragons, and entrusts guardianship of the seal to Medeus.

Prince of Altea and inheritor of the Hero Anri’s blade, as well as the duty it represents. Great-grandson of Marcelus. He fights to put an end to the ambitions of the revived Medeus.