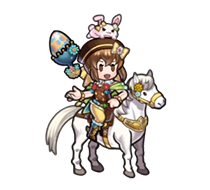 Here’s Delthea, all dressed up for the spring festival! Although she once helped out the Deliverance using her natural talent for magic, now she’s here to have some festive fun in a truly adorable outfit! 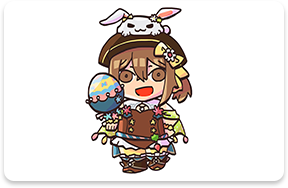 The showpiece of her festival look is the fluffy bunny that sits on top of her head. It’s a precious little thing made from the softest fabric! 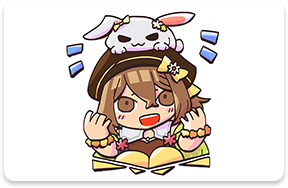 Speaking of precious, did you notice her little bunny tail? Delthea was already adorable to begin with, but looking at her now, I could just melt! 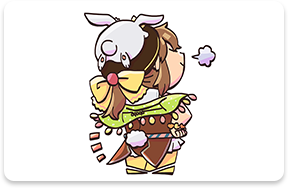 Oh, and guess what—I hear her brother Luthier’s putting in an appearance at the festival too, though he seems to be keeping a low profile. Well, I hope he and Delthea take advantage of this opportunity to have a great time together! 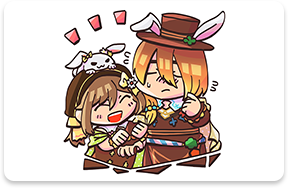 His fervent study of magic may have cost him the chance to make friends, but it did bring him to this festival. Delthea’s older brother.

A pegasus knight with the Deliverance. Clive’s younger sister. Secretly loves Alm. Bonds with Delthea over chats about their brothers.