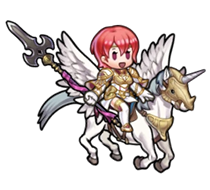 Here’s Est, a pegasus knight from the continent of Archanea! A cheerful, upbeat Hero, she’s the youngest of three sisters who all distinguished themselves on Archanea’s battlefields. 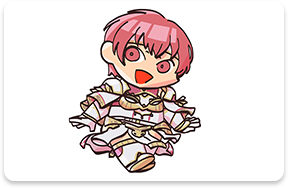 Est left the army after the war in Archanea ended, but peace didn’t last long for her—one day, she found herself captured by pirates and taken across the sea to Valentia! 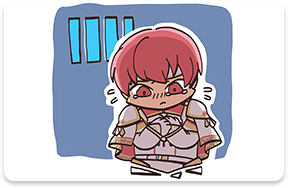 Fortunately, her sisters Palla and Catria rushed to her rescue, and with the help of new Valentian allies, they freed her from the pirates’ clutches! 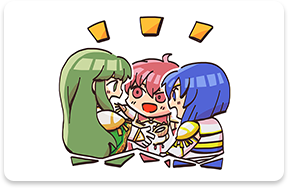 With Est safe and sound, the three pegasus knights joined Celica’s army to help bring peace to the far-flung continent of Valentia! 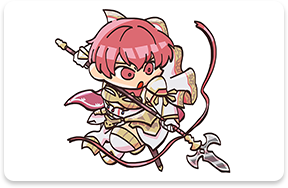 Pegasus knight from Macedon who ventured to Valentia in pursuit of her sister, Est.

The middle sister of three pegasus knights of Macedon who ventured to Valentia to rescue her kidnapped younger sister, Est.