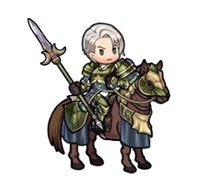 Fernand is a knight from Zofia who comes from a prestigious noble family. He cares a great deal about lineage and status. He must have felt right at home among the Zofian knights, a group who only allowed nobility to join their ranks. 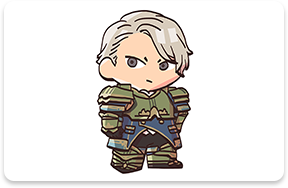 However, when Desaix, the Zofian chancellor, seized control in a coup, the knights were disbanded. In response, Fernand, together with his friends Clive and Clair, formed the Deliverance to save Zofia from its time of strife. 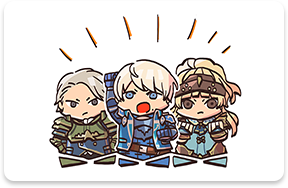 Clive recruited more allies, welcoming talented people from all walks of life into the Deliverance regardless of social status. But Fernand, whose family was killed in an uprising of commoners, couldn’t stand to see it. 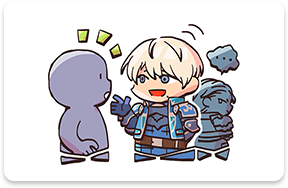 And so Fernand and Clive parted ways. Sympathizing with the attitudes of Berkut, the Rigelian leader who believed in a strict social hierarchy, Fernand would soon find himself battling against his former comrades… 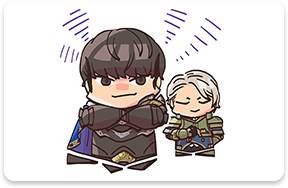 First in line to the Rigelian throne. Prideful, but loves Rinea with all his heart. He recruits Fernand, who sympathized with his beliefs.

Former leader of the Deliverance and Clair’s brother. Idealistic and focused on the good of the kingdom. A long-time friend of Fernand, who saw him as an older brother figure.

A pegasus knight with the Deliverance. Clive’s younger sister. Secretly loves Alm. She and Clive had a family-like relationship with Fernand, who saw her as a younger sister.