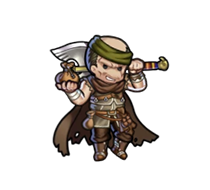 A Hero has joined our ranks, and it’s time for introductions! Hi there, I’m Sharena! What’s your name? Oh. “My name’s not important. Just call me Brigand Boss,” he says…gruffly. 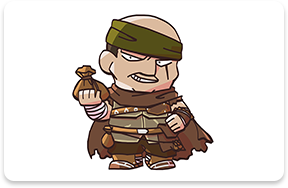 Well then! Brigand Boss was once the leader of a small band of brigands who operated near Ram Village in Valentia. You may have heard of the place! Anyway, I hear they kept busy stealing from nearby villages and kidnapping the occasional traveling cleric… 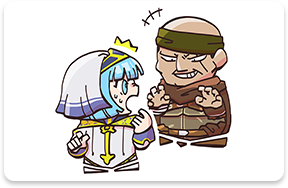 Anyway, Mr. Boss had been due his just deserts for some time…and that came in the form of his defeat at the hands of Alm and his allies from Ram Village, who completely wiped his gang off the map. 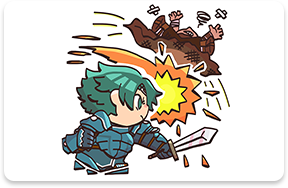 Afterwards, B.B. came to feel just a touch of regret about his actions…I hope. I’m always glad when the Order of Heroes gains an ally, but I hope he remembers that stealing and kidnapping are against the rules here! 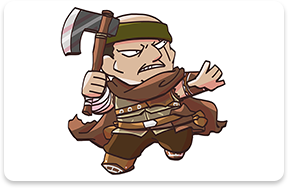 A cleric from Novis who sought out Alm in order to deliver a certain item to him, only to be captured by the Brigand Boss. Has a sweet but serious personality.

A brave but kind young warrior, raised by the hero Mycen in Ram Village. His left hand is marked with the Brand. He defeated the Brigand Boss, putting an end to his life of crime.