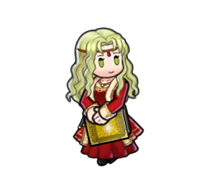 Guinivere is the younger sister of Zephiel, the King of Bern. She’s a kind, gentle lady with a keen mind. 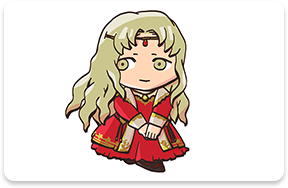 She and Zephiel were close during childhood. But something happened one day, and Zephiel’s personality changed completely. 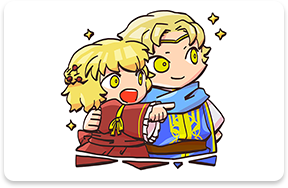 Later, when Zephiel began his war of aggression, Guinivere took the Fire Emblem, a royal heirloom, and fled Bern, hoping to put a stop to him. 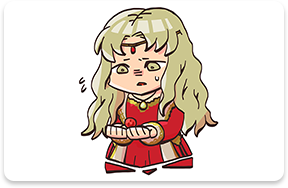 Eventually, she encountered Roy of the Lycian League and entrusted the Fire Emblem to him, believing that he would be the one to stop the war her brother started. 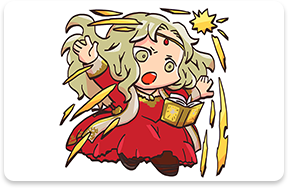 King of Bern. Once a kindhearted boy who became disillusioned with humanity. Wants his world to be ruled by dragons. Guinivere’s older brother.

A wyvern rider who accompanies Guinivere. Though she is conflicted about opposing her homeland, she is loyal to her lady. Serves as a member of Guinivere’s royal guard.

The son of Eliwood, Marquess of Pherae. Talented leader of Pherae’s army. Guinivere entrusts him with the Fire Emblem.