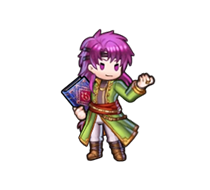 Hugh comes from a family of mages who wield elder magic—also known as dark magic. Both his father and his grandmother are famous dark mages! However, Hugh himself is very modest, and has a wry wit. 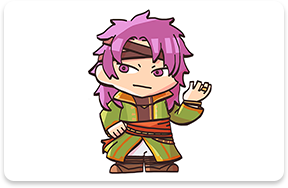 Having lost his parents at a young age, Hugh was raised by his grandmother, Niime. Once he was old enough, he parted ways with her to go out into the world and master elder magic, following in his family’s footsteps. 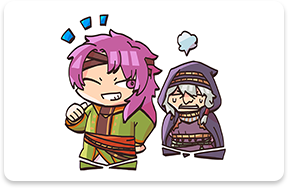 During his journey, however, he lost hope in his talents for that school of magic, and chose to pursue anima magic instead! He later offered his services to Roy as a mercenary and joined the army of the Lycian League. 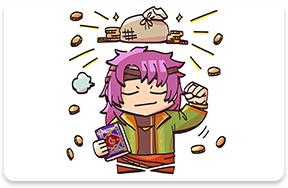 It seems his knack for anima magic comes from his mother, rather than his father’s side of the family. And so, with anima magic at his command, Hugh does his part to clear the way forward! 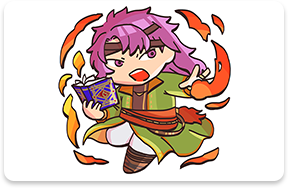 Scholar of dark magic. Everyone in Elibe who knows anything about magic has learned her name as well. Hugh’s grandmother.

Wielder of dark magic. A scornful loner with a troubled past as an orphan. He and Hugh traveled together for a short time.