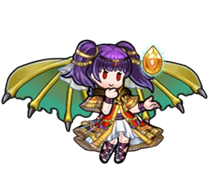 Myrrh is a survivor of the manaketes who fought to seal away the Demon King Fomortiis long ago. Centuries had passed since that terrible conflict…only for Myrrh to discover signs that the Demon King had risen again! 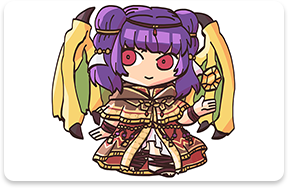 Following the trail of the Demon King’s darkness, Myrrh set out on a journey that eventually brought her into the company of Ephraim, the prince of Renais. But even with his help, Myrrh had a number of bitter ordeals awaiting her. 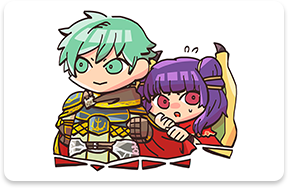 During their battle against the Grado Empire, she found herself confronting Selena—a general of Grado to whom she owed her freedom. Worse still, her foster father and fellow manakete Morva was brought back from the dead as a pawn of the revived Demon King! 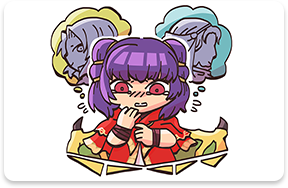 But throughout these tests of her will, Myrrh never gave in. And how could she, with her “big brother” Ephraim and all her friends by her side? 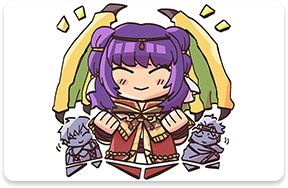 Prince of Renais. Eirika’s twin. Cares deeply for his sister. His confidence has sometimes put him in danger. Protects Myrrh after she was separated from Saleh.

Sage of Caer Pelyn, where manaketes are worshipped. He accompanies Myrrh on her journey to uncover the truth behind the encroaching darkness.

Commoner from out of a desolate village who used her magic ability to become the Fluorspar of the Imperial Three. She frees Myrrh from capture by the Grado Empire.