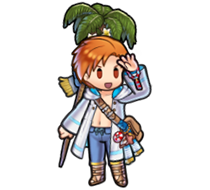 Here’s Rhys, the gentle priest who takes care of the Greil Mercenaries! He’s come to Askr in vacation style! 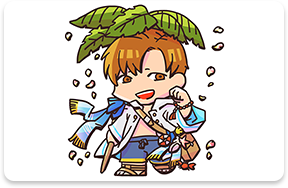 Rhys is a healer, making him essential to the Greil Mercenaries’ well-being. Normally, he uses a staff to heal Ike and friends whenever they get injured, but now that he’s on vacation, he’s carrying a palm tree instead! 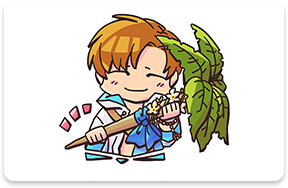 That said, he seems to have a weak constitution, and I hear that marching with the mercenaries can be too much for him, forcing him to stop and rest in the shade. Actually, he’s been spending a lot of his vacation resting in the shade, but without the marching part. 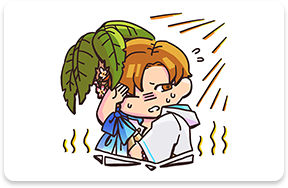 Rhys might be frail, but he gives everything he can to help his allies. Hopefully his summer vacation by the seaside will get him some well-deserved rest and keep him going! 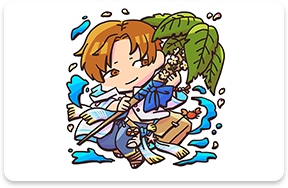 A kindhearted but stoic young man who has taken command of his father’s mercenary band. Rhys is his trusted ally.