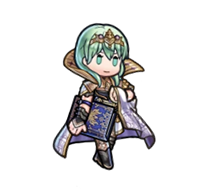 Byleth is a professor at the Officers Academy at Garreg Mach Monastery, but she’s no ordinary teacher. Within her dwelled the soul of another—a mysterious girl called Sothis! 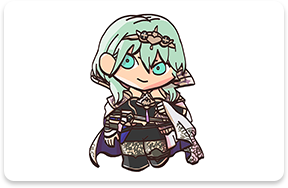 Sothis helped Byleth out in a number of dangerous situations, both with her words and with her strange powers. However, when Byleth was trapped in a world of darkness by her foes, it seemed like maybe her luck had run out. 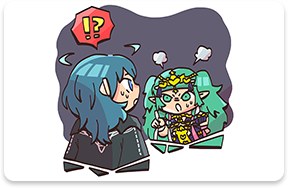 There was only one way Sothis could help her: by surrendering her power to Byleth. On her return from the void, Byleth’s hair had turned green like Sothis’s, and she took on an almost regal presence. 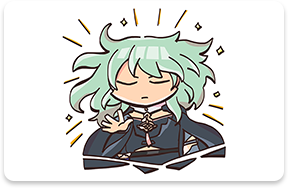 From that day on, Byleth no longer heard Sothis’s voice, but the mysterious girl lived on through her powers, which Byleth used to help countless others, just as Sothis aided her. 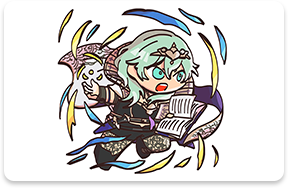 Mysterious girl that sits upon a throne within Byleth’s dreams. Full of emotion, her attitude changes by the moment. She fuses her essence with Byleth’s, allowing the young professor to inherit her power.

The Archbishop of the Church of Seiros. A dignified, gentle woman. She knows the secret of Byleth’s birth.