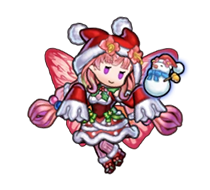 Mirabilis is a ljósálfr from Ljósálfheimr, and today she’s making an appearance at the winter festival! A rather…sleepy appearance. Wake up, Mirabilis! You can’t sleep in the snow! 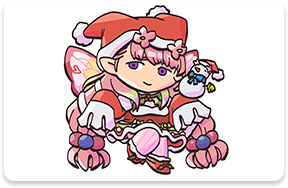 Her outfit does look super cozy, though. It’s made of soft, warm-looking material, and it even comes with a big fluffy hat! I can’t blame her for wanting to take a nap right here and now. 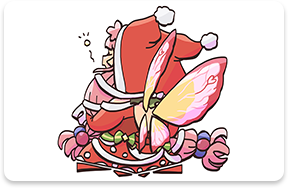 She’s also carrying a mysterious snowman around with her. Apparently, she and the snowman plan to deliver presents to any Heroes they come across! 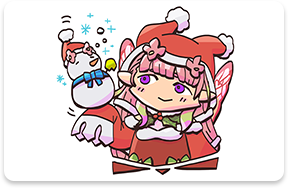 *yawn* Oh, I think Mirabilis’s sleepiness is rubbing off on me… I guess there’ll be some sweet dreams in store for me later! 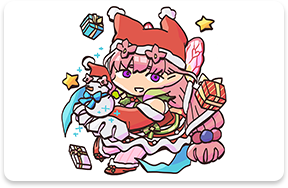