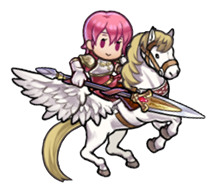 Est is a cheerful pegasus knight with a smile that never fails to raise her allies’ spirits. She’s the youngest of the Macedonian Whitewings! 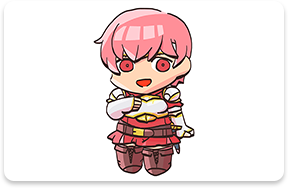 Palla’s the eldest, and she’s the gentle, mild-mannered one, while Catria is the stoic and serious middle sister. Est, meanwhile, is upbeat and positive above all else! 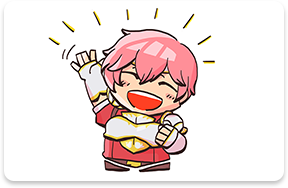 She and the Altean knight Abel fought together in the War of Shadows, and that was the campaign where she launched a major charm offensive on him! After the war, the two started a life together, but when the War of Heroes began, they found themselves on the battlefield once more… 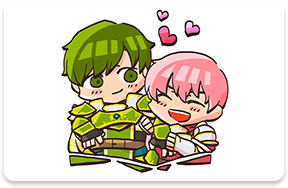 Est has seen her fair share of trouble, including the times she was captured by the Archanean Empire during the War of Heroes and kidnapped by pirates in Valentia, but even when times were tough, she stayed positive. Nothing can keep her down! 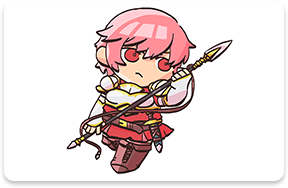 Altean cavalier known for his sensibility. Rode with Cain in service of Marth. After the War of Shadows, he left the knighthood to open a shop with Est.