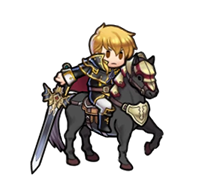 Ares is the son of Eldigan, the king of Nordion. Also called the Black Knight, he’s a descendant of the crusader Hoðr, which allows him to wield Mystletainn, the Demon Sword! 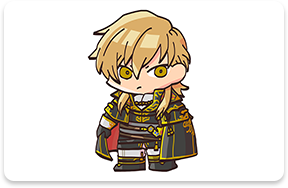 Ares lost both of his parents as a child, and later joined a band of mercenaries, going from battle to battle across the continent. With his outstanding skills, he soon distinguished himself as a truly capable cavalier. 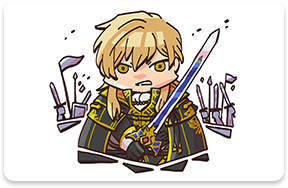 After learning from his captain that his close companion Lene had been imprisoned by the lord of Dahna, he cut ties and rebelled. He then joined forces with Seliph’s army who were battling the Grannvale Empire. 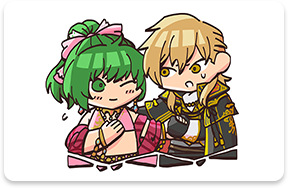 With his extraordinary swordsmanship and a legendary blade at his command, Ares was truly indomitable on the battlefield. It was like a second coming of his legendary ancestors! 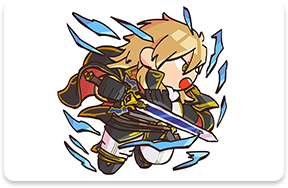 Ruler of Nordion. Wields the Demon Sword in knightly devotion to any master. Older brother of Lachesis, and father to Ares.

Inheritor of the sacred sword Tyrfing. A savior in his time, but dislikes battle. Julia’s half brother. His parents were close friends with Ares’s parents.

A dancer and descendant of the high priest Bragi. She understands how the world works, but she doesn’t let it get her down. Was rescued from peril by Ares.